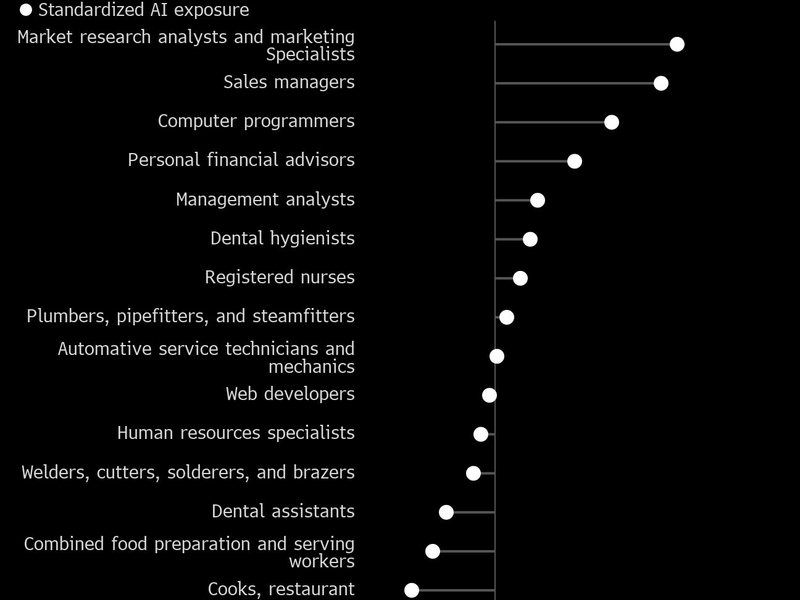 Many users of new automation technologies say they haven’t cut jobs as a result.

KC Harvey Environmental, a Bozeman, Montana-based consulting firm that works with businesses and governments on environmental issues, is one of Kizen’s clients. It uses the software to automate document control, such as archiving and delivering new contracts to the right places and to the right people.

“A new project probably took our accounting group and our project management team a day,” says Rio Franzman, COO of KC Harvey. “That probably cuts it down to about an hour.” The company employs about 100 people and “we haven’t lost any” to automation, he says. “What it did was reallocate time and resources to more meaningful tasks.” KC Harvey is now working with Kizen will also integrate AI into its marketing, with a partially automated newsletter, among other projects.

Some of the biggest companies at the forefront of automation also claim that they have been able to do so without cutting jobs.

Engineering giant Siemens AG says it has automated all sorts of production and back-office tasks at its innovative factory in Amberg, Germany, where it manufactures industrial computers, while maintaining a stable workforce of around 1 350 employees over several decades.

The company has developed a technology known as “digital twinning”, which creates virtual versions of everything from specific products to administrative processes. Managers can then run simulations and stress tests to see how things can be improved.