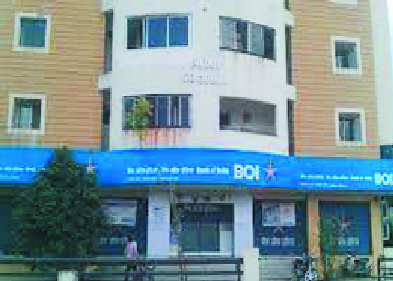 A large number of Bank of India (BoI) customers across the country are bearing the brunt of the bank’s “unplanned” attempt to upgrade its software system over the past seven days. Since the public sector bank started the software upgrade process on Jan. 21, all of its interbank transactions have come to a screeching halt, messing up customers’ financial calculations.

In Vidarbha, many businesses and individuals were seen approaching the bank branches but to no avail. While a major car dealership in the region was unable to deliver vehicles to its customers due to banking disruptions, some of the freight forwarders struggled to clear cargo containers.

The technical glitch also affected traders who were unable to complete their financial transactions. One of the traders, who preferred not to be named, told The Hitavada he suffered heavy losses due to the bank’s “unplanned” move. “Even though I deposited the money in the bank, the supplier did not receive it and therefore they are not releasing the goods. It has been going on for five days,” he said.

Another dealership also highlighted the inconvenience he faced. “I was supposed to receive payments from some of my remote customers through real-time gross settlement (RTGS). Customers have completed the transaction on their end but it is not reflected here in my bank account,” he pointed out,

reflecting a deep sense of disappointment.

The failure of the nationalized bank to complete the transition is further giving sleepless nights to traders and industrialists who are not Bank of India customers.

When contacted, BoI Area Manager Nagpur – Santosh Kumar confirmed that there were technical issues in the software upgrade. “As we are upgrading the software to India-wide level, there are some technical issues that are causing concern among customers. But it will be over in a day or two,” he said, declining to give further details.

Sources said the bank is in the process of upgrading to a higher version of Finacle software to improve its services. Interestingly, most nationalized banks in the country have already improved their system on this front.

Sources also said that ideally the system upgrade shouldn’t take more than two days. In fact, the bank had set a transition period of two days, but failed miserably. Experts said the bank was technically unprepared for the upgrade.

It is worth mentioning here that the bank was the first among the nationalized banks in the country to establish a fully computerized branch and ATM at the Mahalaxmi branch in Mumbai in 1989.